On June 14, 2013, the incompetent staff at the British Columbia Securities Commission brought the bogus Notice of Hearing allegations to our doorstep.    In addition, they also issued an Order to Freeze Property (see below)  to an assortment of companies that I was a part of – whether or not they were related to the Falls development or not.    At least 2 of the companies had NO relationship with any of the Respondents to the allegations of fraud.   One was a retail business that I was involved in 2011 and 2012.    This was a total dickhead move by the BCSC that ended up costing money to have those funds returned/released.  Again, a complete abuse of power from Staff at the BCSC.

The assets were namely bank accounts that belonged to the companies – West Karma Ltd., Deercrest Management Ltd,  a numbered company, and my personal bank account.    All together, the bank accounts had roughly $65,000 in them. 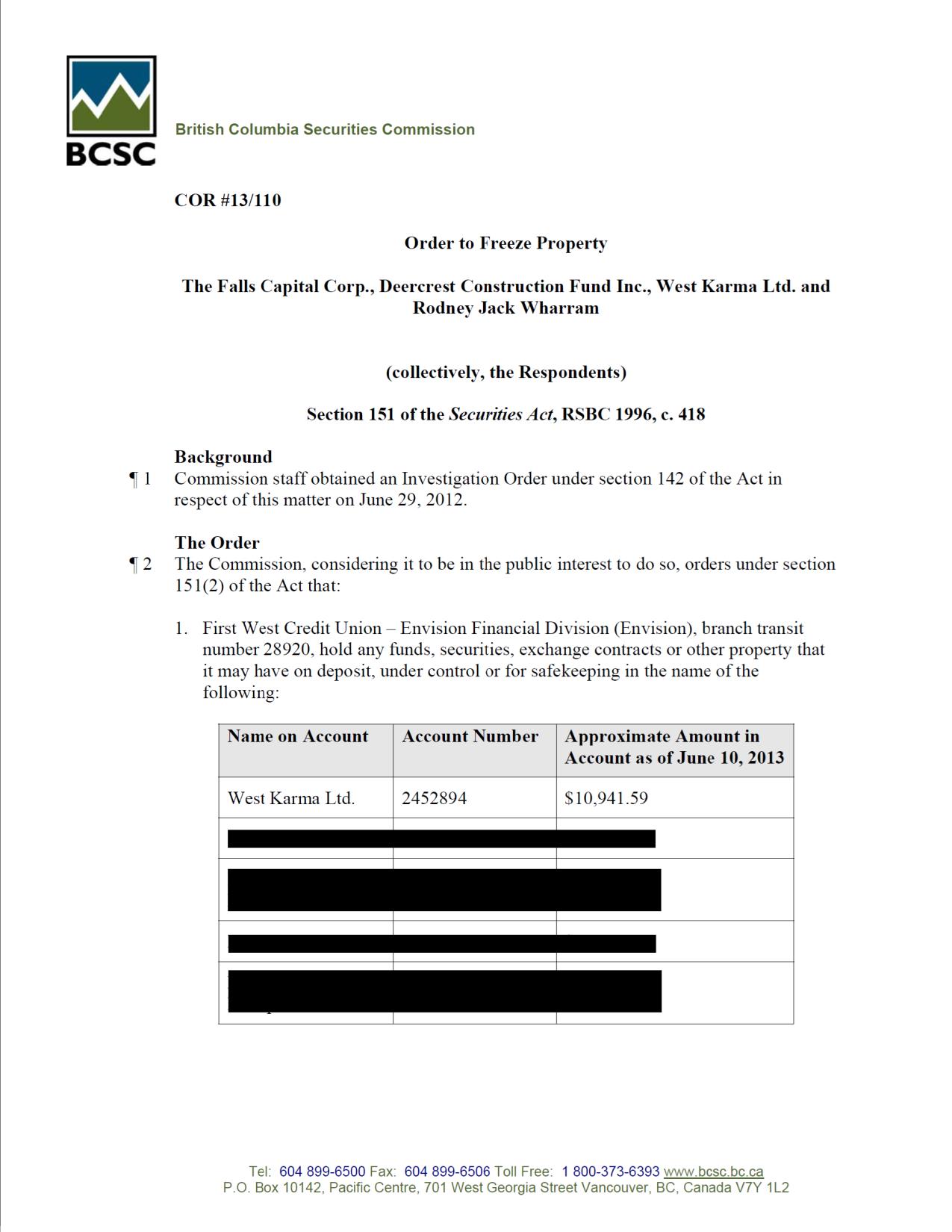 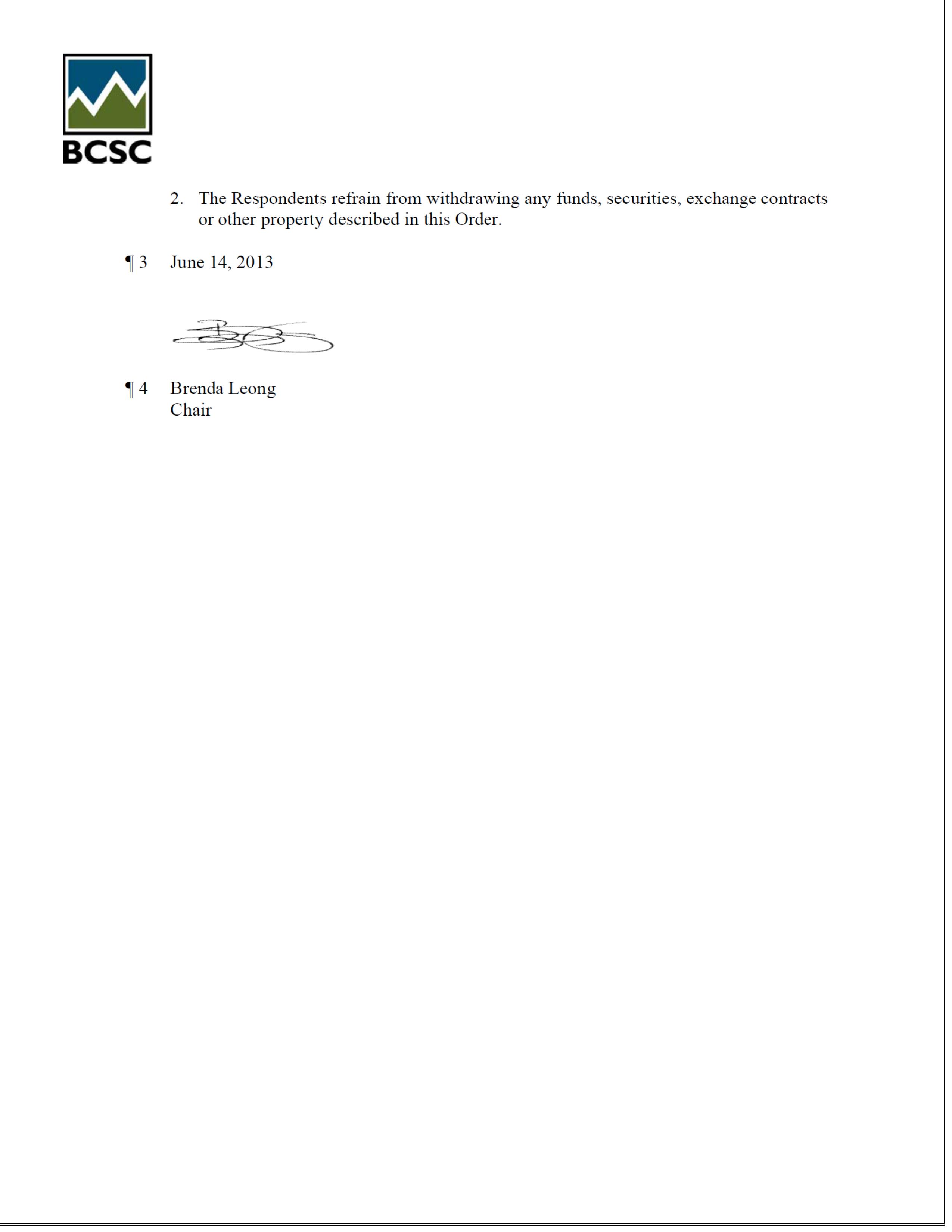 After the hearing and the sanctions were issued by the BCSC, it would be the Staff (at the BCSC) responsibility to apply to have any monies seized or recovered from a Respondent and returned to the investors.  This falls under section 161 (1)(g) of the BC Securities Act and is in clear black and white.

As hard as it is to imagine….6 years AFTER the order was issued,  the utter failures down at the BCSC have yet to apply to receive the nearly $11,000 that was in the West Karma Ltd. bank account.   Investors would have a claim to these funds.

The BCSC once again proves their complete incompetence at EVERYTHING they do.    Why has it taken this amount of time for them to react?   Again, who is running this ship?  Is this on BCSC Chair Brenda Leong’s shoulder?  Lawyer Olubode Fagbamiye? Executive Director Peter Brady? Director of Enforcement Doug Muir? Collectively, these clowns make over $1 million dollars per year – why do they continue to fail the people in the Province of British Columbia over and over again?  Incompetence?  Laziness?

And let’s not forget about the former investors that have to apply…and then wait 3 years to get their proportionate share of the recovered funds.   Who makes these policies?

Even if they decide to WAKE UP and start doing their jobs, the former investors need to wait for another 3 years to recoup any of these funds – who makes these policies?   That would put it the better part of a decade for anyone to receive returned funds….

Only down at the BCSC does the comedy of errors continue day after day!    When can the former investors of FCC and DCF expect you to do your jobs and secure the $10,941.59 (and other funds) for their benefit?   And why is it taking me to tell you this? 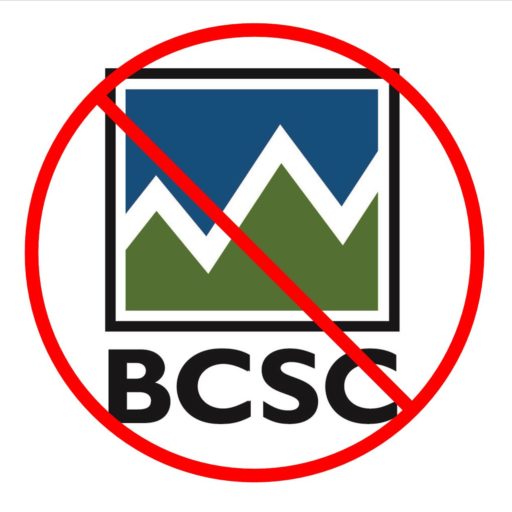